Digital Media: Teach them the rules 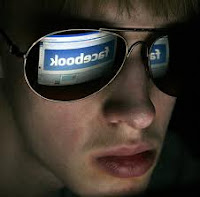 When we had the opportunity to drive a car, we were not just given the keys to a car and set free upon the roadways. We were given the rules of the road, required to drive a certain number of hours supervised by adults and undergo driver's education training, usually at some expense. That was before we put a teen behind the wheel of a two-ton automobile on the streets of America. Subsequently, there are rules for anything that may endanger our lives from cutting the lawn to riding a bicycle.
There are rules and we are most conscience of those rules when they can endanger our lives. We pay attention when seeing signs such as “Danger, High Voltage”, because the likelihood of someone getting electrocuted makes us take a pause. But, what many adults and teens don’t pay attention to are the danger signs even when they are face to face on the internet. The internet is a free place, a land of opportunity, a place where we can become anyone or anything we want with the push of a button. Many also think, what could possibly happen to me, who could possibly figure out who or worse where I am?
That very attitude is precisely why teens and young adults are easy prey for predators and those who want to abuse others. The phrases “Knowledge is power” and “Chance favors the prepared mind” always ring in my mind when I think about digital media safety. Having knowledge of the rules, what are violations of the rules, what is appropriate and what is not are extremely important to guaranteeing your safety and the safety of your children. But, and there is always is a "but", we as adults use the excuse that we are two busy, or we don’t understand the technology.

Would we say that when our child is so depressed over being digitally harassed that he or she feels no other way out but to commit suicide? Might we feel that way when we find out that our child was so upset over the bullying and digital harassment that they lashed out and hurt someone else? When will being “too busy” no longer be the excuse? In my experience it will be when it is too late. So before we get to that point lets learn what our children are faced with and become knowledgeable about what we can do to help.

What Is Digital Harassment?

Digital harassment is when kids and teens use cell phones, social networks, and other communication devices to bully, threaten, and aggressively badger someone. Cyberbullying is one form of Digital Harassment. Cyberbullying usually takes place between two teens or youths. Typically they are not involved in a close relationship. Now "digital harassment" is a bit different because it usually takes place between two people in a romantic relationship.

There are many young people who conduct themselves in healthy relationships and use their online and mobile lives to stay connected to each other. But not all relationships are balanced -- especially with teens whose emotional lives run at hyper speeds.

Some relationships can become manipulative and controlling and teens use the digital devices at their disposal to act out. A few texts a day can turn into a few hundred. Relentless and unreasonable demands escalate. The abuser presses for things like the other person's passwords (so they can check up on them) and sexy photos, and forces their significant other to “un-friend” people whom the abuser doesn't like. They may spread lies, impersonate someone, or even resort to blackmail.

Digital harassment has real consequences for those who've been targeted. A 2009 poll conducted by MTV and the Associated Press found that targets of this kind of abuse are more likely to consider dropping out of school, engage in risky behavior, and even think about suicide.

The poll also found that kids and teens who discover digital harassment among their friends aren't inclined to come forward and report it.

Fortunately, large public-awareness campaigns -- most notably MTV's A Thin Line and The Family Violence Prevention Fund's That's Not Cool -- are helping teens recognize when staying connected crosses the line into digital harassment. These campaigns use kids' idols -- like Justin Bieber -- and entertaining videos to give teens the language they need to identify and end digital harassment.

Parents can support their teens by understanding that relationships these days are often played out both online and in public -- and kids need their parents' guidance in establishing appropriate boundaries for healthy relationships. Young love is complicated enough without the added pressure of constant access and public scrutiny. The tips below can help you help your kids navigate these murky waters, so they can avoid digital drama for themselves and their friends.

Too much of anything is a bad thing. Are your kids at risk?


Advice for Parents, explain the rules:

Talk to you child about the rules surrounding their use of digital devices and media as it pertains to themselves and others. They should understand that using these mediums improperly can have consequences. Tell them what is acceptable and what is not. How are we to expect them to act within our expectations if we do not give them the rules. Remember this, “in the absence of order there is chaos.”

Start a discussion on what they should do if they are harassed online or any other digital media. In particular explore with them the aspects of responsible behavior.

Tips for all parents: