Drug Rehab Clinic have seen uptick in Molly Use

JACKSONVILLE, Fla. — A drug known for its popularity in the club scene and among young adults is gaining attention following a major drug sting at a local Florida nightclub. Molly, also known as MDMA or ecstasy, experts say is an unregulated drug that is often laced with other drugs.
"Any drug you take you're not used to - if it's not prescribed, you can die from it," said Danny Smith. He works in the detox unit at Gateway Community Services, a drug and alcohol rehabilitation agency in Jacksonville. 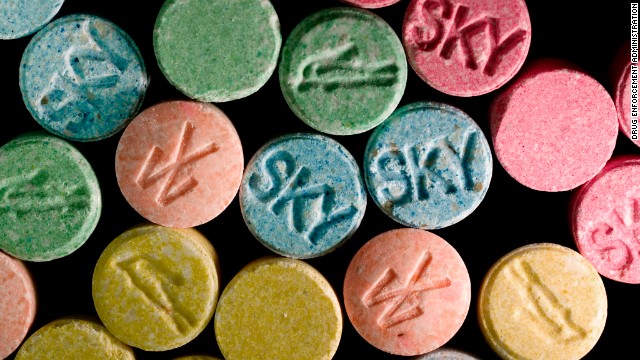 He's seen patients at their lowest points: strung out on all types of drugs and alcohol.
"They think they're Superman - the king of the world, and all of a sudden they're down real quick," said Smith.
He says that's one of the feelings associated with Molly, which is a club drug stimulated by sound, smell and touch. It can make someone feel relaxed and unafraid then lead to hallucinations and hyperthermia.
"You never know, and then you have these kids that die," said Karen Tozzi, who serves as the VP of Development at GCS. "You don't know what you're going to get. You don't know how much you're going to get. You don't know what's in it."
She said in the early 2000s, GCS developed an ecstasy prevention project. "There was a huge increase in the use of ecstasy and club drugs," said Tozzi. After a three year run, she remembers the use of ecstasy and club drugs dropping dramatically in the River City.
But in the last six months, their adolescent department has seen an up-tick in patients treated who have a history of using molly.
"Now it seems like we're going to need to dig up some of the old stuff and get with some more kids and make sure it's still relevant and do more prevention efforts for Molly and ecstasy, " said Tozzi.