The latest statistics on teenagers paint a rosy portrait of American teens. They’re drinking, smoking and bullying less than they used to, and fewer are getting pregnant.

“Adolescence is an inherently risky time,” says Dr. Stephanie Zaza, the director of the U.S. Centers 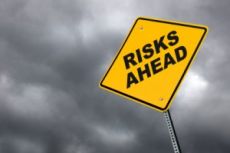 for Disease Control and Prevention’s (CDC) division of adolescent and school health. “They are stretching their wings. We can’t eliminate all risk, but we are seeing overall good trends in all areas.”

Here’s a snapshot on teen behavior, based on recent reports:

Although the study is based upon multiple studies which are weaved together they begin to ain't a picture on as to which types of risk taking behaviors place youth at greater risk. Parents should take this into consideration when evaluating issues surrounding behavior.