Social Media for Law Enforcement has always been about reaching out to the community. First to engage your community and involve them in the process of law enforcement as well as humanizing the police experience. Secondly, it has been used very successfully in quickly identifying suspects in criminal offenses. Getting a photo out quickly to the public can generate information that helps identify the offender(s) far quicker then just have an individual department staff do it.

Riverside California, a sexual assault of a pre-teen during a home invasion. The assault occurred on 9/6/2015. The police department releases a sketch of a suspect and request the public's help in catching the suspect.  But what happened, "But a Facebook commenter publicly identified the wrong man, police say, by re-posting the police sketch -- along with a photo that the commenter erroneously identified as the person depicted in that sketch."
"The man's photograph was not released by Riverside police detectives, and his identity was unknown," police emphasized in a written statement release Wednesday, Sept. 9. "A detective was contacted by the man (in the photo) Tuesday, and it was determine he is not a suspect in the crime. (1)

According to the news story the photo is shared hours after the sexual assault occurred and then the post was re-posted on another site including the photo of the alleged offender. The story says the photo quickly went viral.  But Riverside PD said this...."RPD is hoping those who have posted the man's photo will delete the comments and pictures. Not only is it possibly damaging to the man misidentified, (but) it is feared that a legitimate tip may not be relayed to detectives if someone mistakenly believes the suspect already has been identified."  There are definitely some concerns when posting a photo of a suspect, but a sketch, which is simply a "likeness" of the actual person poses a series debate on how, when and what you say in the dissemination of that image.

Bangkok, Thailand, on 8/17/2015 the hunt for a bombing suspect. A poor quality image of the alleged offender who planted the bomb was posted via social media by the Bangkok Police. Social media sleuths turned to the internet and identified Australian Actor Sunny Burns as the suspect. He posted this on his Facebook page. “[M]any social media outlets released my photo in Thailand saying that I was a suspected terrorist as I looked like the suspect in question. All my private information from immigration was leaked online and people were looking for me – They even knew my home address.” (2)

This information moved so rapidly that Bangkok, Police interviewed Mr. Burns and searched his apartment looking for bomb making material

Lets flashback to the Boston Bombing, April 15, 2013, the social media site Reddit - identified Sunil Tripathi as one of the suspects because he hadn't been seen since March 15th. Tripathi's name actually made it into social media conversations and onto blogs, ultimately making it to his family despite the fact that Boston PD had never even considered him a suspect.

Reddit actual posted this statement, "the Reddit group FindBostonBombers said, "We cannot begin to know what you're going through and for that we are truly sorry. Several users, twitter users, and other sources had heard him identified as the suspect and believed it to be confirmed. We were mistaken." Tripathi is still missing. (3) Yet his information was posted, unlike traditional media sources, who try and verify information, although they to rely sometimes on social media as well. Remember traditional media, TV and Print all now run web versions as well, so they are constantly at the risk of being "beat" on a story. Sometimes journalism principles are thrown out the window, when it comes to getting the story out.

Now several other people have been identified as potential suspects in the Bombing by social media people in their hopes and goals to share information and be the person who breaks the case. Their motivations are not as relevant but do play a factor into the release of information that is unverified and not seen many times by law enforcement.

Several possibilities include, it is that 15 Minutes of Fame mentality, the need to impart themselves into the investigation, to prove their relevant etc.  Regardless of what the motivation may be Law Enforcement must have in place protocols should be in place to address the issues so tips or information on a case can be safely managed.

Law Enforcement must pre-plan how they disseminate information, how to collect it and then provide that method during the original dissemination of the message.

Here are some suggestions: 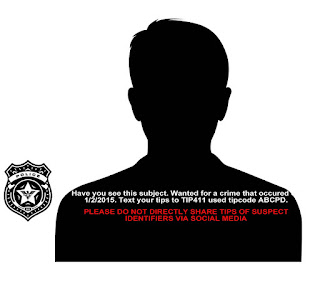 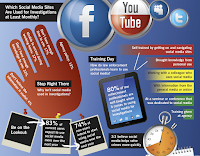 (2) A man was falsely accused of Bangkok bombing, and that’s the problem with internet activism, http://thenextweb.com/opinion/2015/08/19/your-kitschy-fb-photos-dont-mean-shit/