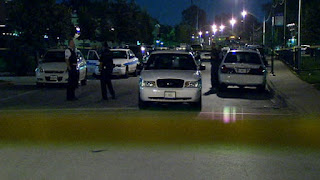 The continued rising homicide/murder rate in the City of Chicago predominantly in the Englewood and Austin Districts in Chicago have stymied the Chicago Police Department and Mayor Rahm Emanauel. Although overall crime is down 10%. Homicides are up 35%.

The Red Eye reports that August was the deadliest month of the year. In August there were 55 homicides recorded, which surpassed March and May which saw 50 homicides. In August 2011, 37 homicides were occurred.

This is on top of the increasing number of Officer involved shootings that are occurring. Chicago Police Officers are faced with increasingly bolder attacks. In the past offenders would flee from the Police. Now they are turning and engaging the Officers. Some have implied that it is because of increased Police presence,  which results in reduced response time to crimes in progress, so the potential for confrontation increases. However, the officers are also faced with increased automatic weapons fire, included TEC-9's, AK-47's and other assault style weapons.

The shooter was shot in the foot in the Roseland neighborhood by Police when he pointed an Assault weapon at them. No Officers were injured.

The shooters are getting younger and younger. On Tuesday morning 9/4, CPD Officers exchanged gunfire with a 17 year old teenager after the teen pointed a gun at Officers. The Shooting which happened in the are of 74th and Wabash resulted in the teen going to the hospital.

Chicagoan's do not feel safe. The Pill Hill Neighborhood has gone up for grabs after almost no homicides or shootings recorded in a four year period.

Over the Holiday weekend 8 people were shot and wounded from 9:55 pm Saturday to 4:00 am Sunday with three people being killed.

Every day the body count continues to rise. The numbers outpace the numbers of those soldiers killed in Iraq or even Afghanistan with the recent waive of "green or blue" violence.

Yet the Emanuel Administration and Chicago Police Superintendent Gary McCarthy continue to espouse the notion that overall crime is down 10 %.   The overall crime rate may be down ten percent, however, the general public does not equate that to safety. Being shot, wounded or murdered when the overall crime rate is down does not calm fears in a community where they are demanding government action.

Almost each week, we hear about another new anti-violence initiative that the Chicago Police Department is trying to get a handle on the violence. This new initiative calls for gang, narcotics and patrol officers to saturate zones along with federal assistance from the U.S. Marshals, Federal Bureau of Investigation, Drug Enforcement Administration and the Bureau of Alcohol, Tobacco and Firearms to assist in targeting over a four month period.This plan is modeled after a plan that started in January in the Harrison and Englewood Districts.

We have asked this question question before, so we will ask it again. Where is Jesse Jackson and Operation Push when young black men and women are dying on the streets of Chicago on a daily basis? A quick Google search with his name shows that he was in Saginaw Michigan. The reason: the death of a armed (with a knife) homeless man in Saginaw Michigan. Although any death is tragic, one persons death does not equate to the level of violence, death and destruction that is occurring on the streets of Chicago on a daily basis. But most likely this is a way to pit race against race, because the homeless man was black and the officers were white. What grabs Jesse Jackson headings, race against race? Perhaps!

Where are the elected Officials on the rising violence?
Well lets see, Representative Bobby Rush (D) says on his Official Website that "The issue of Public Safety is important to our district and to my work in Congress."  Yet the last official piece of legislation regarding public safety that he authored or sponsored was the Families Beyond Bars Act of 2010.  There has not been a Public Safety related press release since he was asked to leave the floor of the House of Representatives in March of 2012 over the Treyvon Martin Murder. This despite the fact that March, May and now August of this year were the deadliest months in Chicago.  Additionally there has not been any press release activity since July 31, 2012. 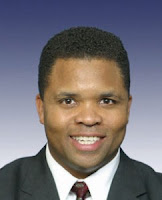 Representative Jesse Jackson Jr (D) has been unavailable from his legislative duties since prior to June of 2012. Most of his press releases have been in the area of Economic Development, economy, jobs, education, healthcare and foreign affairs. Since he took ill there has not been any action and rightfully so. We wish Congressman Jackson well in his return to good health. 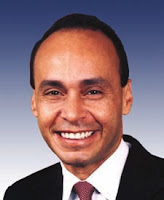 Representative Luis Gutierrez (D) is a very strong advocate for immigration issues. His strong stance on immigration issues would be an excellent platform to protect the immigrants who reside in Illinois from being victims of violent homicides. However, there is nothing event listed in any of his statements, news releases, press releases or his stance on political issues seem to bear fruit for those whose lives are being thrown away through senseless violence. His stance on Intelligence and the Military should say he opposes violence, "... my views on DI (Domestic Intelligence) have made it a priority to ensure that the civil rights and civil liberties of all Americans are upheld as we work to protect our nation from threats."  What about their civil rights not to be gunned down sitting or standing on a corner Representative Gutierrez? 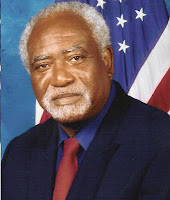 Representative Danny Davis (D) district falls right across the Austin District and the west side of Chicago as well as the Englewood neighborhood an area in which many young people have been killed over this summers senseless violence. Representative Davis sits on the House Committee on Homeland Security. Most of his legislative action has not born fruit, although much of the time he fails to vote. As a matter of fact he is absent from voting about 6% of the time, which is well above the 2.4% average for Congress. Representative Davis did have a "Back to school Picnic and Parade" on August 18 in the Austin neighborhood, but a check for his other activities yielded little or no information regarding the deaths of numerous constituents in his community.


Examples of programs that will be effective include:
To conclude:

Will this solve all of Chicago's problems would Chicago even be able to implement all or any of it is not yet known. But what is known is that the citizens, business and police department can not continue down the path they are on, without much more bloodshed and increased loss of life. Good luck!