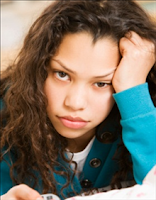 For quite some time now, anger management has been treated much like entertainment, what with it being one of the ‘disorders of choice’ among the Hollywood gliteratti. To boot, the disorder also got its own show (notoriously starring Hollywood wild child extraordinaire Charlie Sheen), besides having had its own hit feature film (which starred another ‘champion’ of public tantrums and erratic behavior, Jack Nicholson). However, a more serious overtone is permeating the media these days, with the release of two recent studies that are raising serious question marks over the prevalence of the syndrome among America’s youth. It’s no secret that children and teens in the United States are being increasingly diagnosed with anger-related issues, such as compulsive and potentially dangerous behaviors (gambling, binge spending, drinking, eating, and drug use, as well as bullying, be it cyber- or offline). As such, two recent studies shed light on the link between today’s youth, their exposure to violence and the subsequent emergence of anger-related behaviors.

One such study, completed as a collaborative efforts, by researchers at Penn State and London’s University College, says that kids who are exposed to community violence for prolonged periods of time, tend to be afflicted by anger management issues for the long term. Elizabeth Susman, one of the leaders of the research group and a Jean Phillips Shibley Professor of Biobehavioral Health at Penn State says the study goes beyond the already established links between violence and aggression, depression, PTSD and short-term academic and cognitive troubles displayed by youths. The study observed 124 young persons aged 8 through 13, both from rural, as well as urban communities and concluded that kids who are regularly exposed to violent manifestation will develop long-term reactions as an effect. 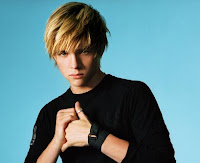 Interestingly enough, the study also found that young males and females respond differently in terms of stress. The researchers gauged their cortisol levels by analyzing saliva samples and found that the stress-related syndrome will decrease in males after long exposure to violence, yet not in females. The assumption made by the researchers was that the male reaction was prompted by the need of the human body to effectively adapt to stress-inducing episodes, in order to avoid the effects of long-term elevated cortisol levels, such as low immunity, depression and arthritis. Meanwhile, females might develop other ways of dealing with the stress – but what is truly relevant is that they need to find those coping strategies before elevated cortisol takes a toll on their health and development.
Yet another study, published in the July issue of the Archives of GeneralPsychiatry, found that some two-thirds of all American teens have been exposed to, or involved in, violent episodes. The study, which built on data collected in a recent teenage census of sorts, by the Comorbidity Survey Replication Adolescent Supplement, came to the conclusion that almost 66 per cent of the more-than ten thousand U.S. teens interviewed have suffered several anger attacks. What is more, some 6 million teenagers in America could be currently diagnosed as suffering from repeated and impossible to control anger attacks. The same study highlights the inappropriate approach to this syndrome (Intermittent Explosive Disorder, or IED). Only 6.5 per cent of the 37.8 per cent of all teenagers who suffer from anger issuesgot the adequate type of treatment such as counseling over the past year. The study was conducted by researchers from Harvard’s Medical School and concluded that IED threatens to become a fully-fledged epidemic, should no measures be taken to assuage its devastating effects. This, from a team of scientists that used a highly rigorous standard for diagnosing their subjects, and excluded symptoms that might be associated with bipolar disorder, ADHD, and conduct disorders.
Email Post
Labels: 2012 anger Parents prevention research Safety survey Teens tips youth