After a Trauma: What to look for in Children!


After such a major incident as Sandy Hook, the effects of Post Traumatic Stress Disorder to impact young people in dramatic profound ways. Studies show that about 15-43% of girls and 14-43% of boys go through at least one trauma. Of those children and teens who have had a trauma, 3-15% of girls and 1-6% of boys develop PTSD. 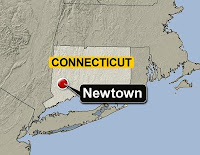 Rates of PTSD are higher for certain types of trauma survivors. Nearly 100% of children get PTSD if they see a parent being killed or if they see a sexual assault. PTSD develops in 90% of sexually abused children, 77% of children who see a school shooting, and 35% who see violence in the area they live get PTSD.

So what are the risk factors for PTSD? There are three factors which have shown to raise the chances that children will get PTSD. These factors are:

Children and teens that go through the most severe traumas tend to have the highest levels of PTSD symptoms. The PTSD symptoms may be less severe if the child has more family support and if the parents are less upset by the trauma. Lastly, children and teens who are farther away from the event report less distress.
Other factors can also affect PTSD. Events that involve people hurting other people, such as rape and assault, are more likely to result in PTSD than other types of traumas. Also, the more traumas a child goes through, the higher the risk of getting PTSD. Girls are more likely than boys to get PTSD.
It is not clear whether a child's ethnic group may affect PTSD. Some research shows that minorities have higher levels of PTSD symptoms. Other research suggests this may be because minorities may go through more traumas.
Another question is whether a child's age at the time of the trauma has an effect on PTSD. Researchers think it may not be that the effects of trauma differ according to the child's age. Rather, it may be that PTSD looks different in children of different ages.
What does PTSD look like in children?
School-aged children (ages 5-12)

These children may not have flashbacks or problems remembering parts of the trauma, the way adults with PTSD often do. Children, though, might put the events of the trauma in the wrong order. They might also think there were signs that the trauma was going to happen. As a result, they think that they will see these signs again before another trauma happens. They think that if they pay attention, they can avoid future traumas.

Children of this age might also show signs of PTSD in their play. They might keep repeating a part of the trauma. These games do not make their worry and distress go away. For example, a child might always want to play shooting games after he sees a school shooting. Children may also fit parts of the trauma into their daily lives. For example, a child might carry a gun to school after seeing a school shooting.
Other signs include:
Teens (ages 12-18)
Teens are in between children and adults. Some PTSD symptoms in teens begin to look like those of adults. One difference is that teens are more likely than younger children or adults to show impulsive and aggressive behaviors.
In addition, factors that may manifest themselves in an ongoing issue can include:
In addition, surviving or witnessing traumatic events may intensify symptoms of other psychiatric disorders, such as:

How to get help for a teen suffering from PTSD?
Treatment of PTSD in children generally involves "talking therapies" (such as cognitive behavioral therapy, family therapy, or brief psychotherapy), and may include the prescription of medication by a psychiatrist. The goals are:

It is best to seek treatment from a professional with expertise in this area. Many therapists with this expertise are members of the International Society for Traumatic Stress Studies, whose membership directory contains a geographical listing indicating those who treat children and adolescents.