Wheeling, IL - A suburban man allegedly plotted to kill a teenager because he switched gang 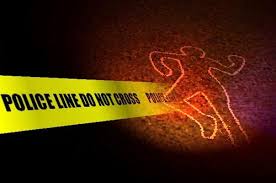 affiliations, but he wound up killing another man, Cook County prosecutors said Sunday.

Assistant State's Attorney David Weiner said in court Sunday that Sanchez, the alleged gunman, was not targeting Orozco but was instead gunning for a 15-year-old who was hanging out with the same group Wednesday night.
Sanchez wanted to kill the teen because he used to be a member of the Maniac Latin Disciples gang but switched allegiances, Weiner said.
Scheffler allegedly drove Sanchez to the shooting and then drove him away, Weiner said.
Shortly before 9 p.m. Wednesday, Sanchez and two other gang members met up with Scheffler and headed to where Sanchez had fought with the teen earlier in the day, Weiner said.
After Scheffler dropped him off, Sanchez sneaked up to a group that included the teen and Orozco, Weiner said.
Sanchez fired four to six shots at the teen, but he missed him and struck Orozco with one round in the back that exited through his chest, Weiner said.
Orozco was taken to Glenbrook Hospital in Glenview, where he died, Wheeling police said.
After the shooting, Sanchez returned to Scheffler's car and they drove away, Weiner said
When Sanchez returned to the shooting area on foot later to retrieve his car, he was spotted by the teen and Sureno 13 gang members and chased right to the police, who were securing the crime scene, Weiner said.
Sanchez tested positive on a gunshot-residue test, and he gave a videotaped statement to police admitting to firing at the teen, Weiner said.
Scheffler gave a videotaped statement admitting to his role in the killing, Weiner said.
Scheffler's father, Bill Scheffler, said simply "he wasn't the shooter," as he left court Sunday