NEW YORK, Aug. 20, 2013 — The Partnership at Drugfree.org released new research from the latest Partnership Attitude Tracking Study (PATS), a nationally projectable survey that tracks teen drug and alcohol use and parent attitudes toward substance abuse among teens. The research, sponsored by MetLife Foundation, shows that Hispanic teens are using drugs at alarmingly higher levels when compared to teens from other ethnic groups. It confirms that substance abuse has become a normalized behavior among Latino youth.

According to the new PATS data, Hispanic teens are more likely to engage in substance abuse when

compared to teens from other ethnic groups and are more likely to have abused the following substances within the past year:

The PATS data underscore that Hispanic teens are more likely than Caucasian and African-American teens to see drugs as part of their environment: to have friends who use drugs and to feel they have easy access to Ecstasy, crack/cocaine, heroin and methamphetamine. Hispanic teens are more likely to be offered drugs, even within their own schools and too many are exposed to substance abuse within their own communities:
Increase in Hispanic Teens Who Have Misused/Abused Prescription Drugs At Least OnceHispanic teens are now almost twice as likely as they were two years ago to have misused or abused a prescription (Rx) medicine at least once in their lifetime (30 percent in 2012 compared to 17 percent in 2010). This reflects a noteworthy 76 percent increase over two years. In 2012:
Hispanic Parents Face Challenges When Protecting Their Kids from Drug and Alcohol AbuseTeen substance abuse is only one of many challenges Hispanic parents face when it comes to protecting their children. The survey data show that Hispanic parents recognize that they have the main responsibility for educating their teens about the risks of drug and alcohol abuse.

Fortunately, most Hispanic parents (85 percent) understand that teens who start using drugs and alcohol at a younger age are more susceptible to substance abuse problems as they get older, compared to 74 percent for Caucasian parents and 73 percent for African-American parents.  Also, along with African-American parents (93 percent), a majority of Hispanic parents (94 percent) are more likely to report they have taken action once they learned about drug or alcohol use at home, when compared to 86 percent of Caucasian parents. 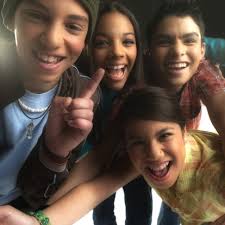 However the PATS data also found that Hispanic parents are more likely to be permissive toward their teen’s substance abuse and share misconceptions regarding the relative safety of prescription drug abuse:
“Parents play a critical role in helping shape the development and behavior of their teens and Hispanic parents, unfortunately, often feel helpless in influencing their teens’ behaviors,” said Dr. Jose Szapocznik, Ph.D., Professor and Chair, Department of Public Health Sciences, University of Miami Miller School of Medicine. “The key to making parental influence count is building a positive relationship with your children. Catch your children doing something that you as a parent can validate and reward. Through positive parenting, parents can become more influential in their teens’ lives.”

Jerry Otero, a bilingual parent support specialist on The Partnership at Drugfree.org’s Parents Toll-Free Helpline (1-855-DRUGFREE), knows the issues that concern Hispanic parents. “From the calls we get to the helpline, we know that Hispanic parents want to know more about teen drug and alcohol use and how these issues affect their children. We hear it firsthand from parents and concerned family members themselves – they want facts, they need guidance and they want to talk to someone so that they can be better equipped to understand and respond to their children’s needs,” said Otero.

Compared to Caucasian parents, Hispanic parents also acknowledge having more difficulty in protecting their teens from substance abuse:
“This new study shows a clear need for us, as Hispanic parents, to educate ourselves about the dangers posed by drug and alcohol abuse within our own community and to set clear rules for our kids,” said Doctora Isabel, a radio psychologist who dispenses advice on crucial issues affecting Hispanic families on her popular live, call-in talk show, “Doctora Isabel” on Univision Radio. “Parents are the biggest influence over the decisions our kids make and we need to talk frequently with them about the risks of drug and alcohol abuse. They will listen!”

SOURCE: The Partnership at Drugfree.org