Despite Billy Joel’s lyric declaring that only the good die young, a worrisome number of young people share the belief that they will not live past 35. A recent study examined the long term impact of that belief on suicide attempts, substance abuse, and mortality rates, and found that the belief that you’ll die young, low perceived survival expectation or low PSE, is a strong predictor of poor outcomes.


The Power of Longitudinal Research 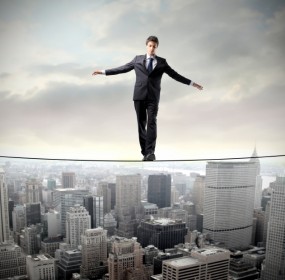 The researchers examined data collected by Add Health, a national research project which asked the same youngsters, ‘‘What are your chances of living to age 35?’’ at three time periods. This type of study is longitudinal, meaning it followed the same youngsters over a long period of time – in this case, more than a decade. Longitudinal research is powerful, as actual outcomes for specific individuals are tracked rather than comparing different groups.

The Effect on Risky Behavior

Previous research on suicide has identified psychiatric disorders, antisocial behaviors, substance use, hopelessness, a family history of suicide, child abuse, exposure to violence, and social/economic disadvantage as risk factors, while protective factors include having a cohesive family that provides emotional support, shared interests, and religious belief.

Published in the August edition of PLoS One, a peer-reviewed open access journal, Nguyen et al. found that even after controlling for a variety of risk factors, adolescents that expected early deaths were at higher risk of a wide variety of risky behaviors, including cigarette smoking, binge drinking, heavy daily drinking, marijuana use, and other illicit substance use, as well as sucide attempts.

Overall higher death rates, or mortality, was associated with low PSE, although the exact causes of death were not tracked. In an exclusive interview with Decoded Science, author Dr. Quynh C. Nguyen stated that “[o]ur hypothesis is that low PSE may be related to higher mortality in young adulthood via substance use, suicide and violence involvement—although some deaths may be due to poor physical health. Among young adults aged 25-34, the leading causes of death are accidents, intentional self-harm, and assault. We think that PSE may track well with these causes.” Tracking exact causes of death would be even more informative in future research.

Dr. Nguyen was asked if inquiring about perceived survival expectations could replace other screening tools for suicide prevention. Dr. Nguyen replied, “I think this question may be a useful screener question to flag adolescents who may benefit from greater assistance. And I think this question would be of interest to the research community, particularly those studying youth development.”

The author calls for “more mental health services so that crises can be avoided and guidance can be provided. Broad-based youth interventions would also be effective.” Two such successful youth mentoring programs mentioned by the author included the Stanford Medical Youth Program and BUILD. The Standford program targets at-risk youth interested in the health professions; BUILD is a mentoring program for students interested in business.

Perhaps the most immediate application of the research is that parents, teachers, counselors, and physicians will ask the simple question, “What are your chances of living to age 35?” The answer may identify a young person needing help.