A Human Trafficking Minute. The process of seasoning

An estimated 17,500 foreign nationals are trafficked annually in the United States alone. The number of US citizens trafficked within the country are even higher, with an estimated more than 200,000 American children at high risk for trafficking into the sex industry each year. Victims of trafficking often come from vulnerable populations, including migrants, oppressed or marginalized groups, runaways or displaced persons, and the poor. 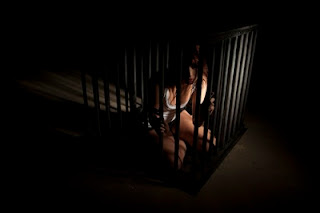 80% of trafficked persons are women and children.

This does not mean that men are not victims of trafficking. Men are more likely to be victims of forced labor (e.g.: day laborers, construction or restaurant workers, etc), while women and children are often exploited in the sex industry. These are not fixed rules, however, but general trends.

There are a multitude of ways sex traffickers lure children away, but once they have them, these trafficking victims often go through a process of seasoning which includes:

Anonymous said…
I was a victim of trafficking at the age of 31, I am now 35! I can relate to this article as I had many techniques used on me to make me perform. I had hypnosis used on me, several times. And the word such as 'seasoning' was used once to my knowledge. One guy said to me "She could do with some more seasoning." He said. Thank God I got through it!
June 26, 2019 at 10:18 AM