We all remember the heart wrenching movie Saving Private Ryan. The plot starts with D-Day.  In the United States Department of War in Washington, D.C., General George Marshall is informed that three of four brothers in the Ryan family have all died within days of each other and that their mother will receive all three telegrams on the same day. He learns that the fourth son, Private First Class James Francis Ryan of Baker Company, 506th Parachute Infantry Regiment, 101st Airborne Division is missing in action somewhere in Normandy. After reading to his staff Abraham Lincoln's letter to Mrs. Bixby, Marshall orders that Ryan be found and sent home immediately. This begins the story....

That tragic story is based upon the Fighting Sullivan Brothers.  The Sullivan brothers were five siblings who were all killed in action during or shortly after the sinking of the light cruiser USS Juneau (CL-52), the vessel on which they all served, around November 13, 1942, in World War II.CHICAGO - President Barack Obama is keeping up the pressure on Congress to pass new gun control legislation.  The Borgstrom brothers were four siblings killed over a six-month period during World War II. They were the sons of Alben and Gunda Borgstrom of Thatcher, Utah.

Fast forward from 1942 to 2013, over eighty years later to Chicago, Illinois. Last year Chicago had 543 homicides, this year in the month of January they have had 41 so far. That includes seven people killed in one 48 hour period last weekend with 6 more wounded.  In January of 2012 Chicago experienced 50 homicides. According to the RedEye a site that has been tracking homicides in Chicago for years. The last time Chicago saw a day with seven homicides was Nov. 5, 2011, when a triple homicide and four other killings were logged, according to RedEye data. The deadliest days of 2012 were Feb. 19 and Aug. 18, when six homicides were logged apiece.  The RedEye's interactive map shows just where and when the homicides have occurred. 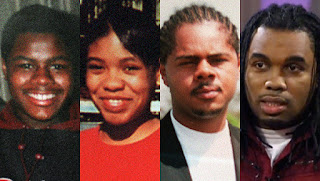 Now a mother in Chicago has experienced the unthinkable. All four of her children have died because of gun violence. Among the seven people murdered in Chicago this past weekend was 33-year-old Ronnie Chambers, shot dead in a parked van.  He was the last surviving child of Shirley Chambers, who now has lost all four of her children to gun violence.  Ronnie Chambers was a former gang member reportedly who stole cars, sold drugs and spent time in prison.  His mother Shirley had reported to CBS 2 Chicago news that her son had gone through a change.  "He had changed a lot. He was trying to help other people. So whatever he did in the past, that's in the past. He changed," Chambers said of her son.  According to the news story he had recently appeared on the Ricki Lake show as an example of transformation.
The issue is quickly surrounding the gun control issue that has arisen after the Newtown Shootings. According to data from the Department of Defense, since 2001 more Chicagoans have been murdered than the number of U.S. troops killed in Afghanistan.  Young people are too often the targets, according to The Washington Post, which reports 319 Chicago public school students were shot last year. Twenty-four of them were killed.

Shirley Chambers insists her son was different. "Ronnie knew right from wrong," she said. "He wanted to change his life for his mother. He loved me and I loved him." "It's not Chicago. It's these people. It's these people with these guns. They shouldn't have guns, you know?" Chambers said.
On Monday, January 28th Mark Mattioli spoke during a gun-control hearing in Hartford, Connecticut. His son, 6-year-old James, was one of 20 Sandy Hook Elementary School students killed last month at the hands of Adam Lanza.

Mattioli urged lawmakers to address the culture of violence.

“It’s a simple concept. We need civility across our nation,” he said. “What we’re seeing are symptoms of a bigger problem. This is a symptom. The problem is not gun laws. The problem is a lack of civility.”

During the Gun Violence Task Force Hearing, Mattioli brought up the problems Chicago is dealing with despite having tough gun-control laws.

“Chicago has some of the toughest gun laws in the country and I would say to people who wanted to have a civil discussion on the topic that I don’t think the gun laws are protecting the people, let alone the 500 who perished last year in that city,” Mattioli said. “What have those laws done to make Chicago a safer city? Nothing, I propose. Can’t we do better? Yes.”

The proponents for gun control state that tighter restrictions will mean that there will be reduction of gun related violence. But, the Chicago Police Department reported the seizure of 7,400 guns used in crimes, or that were unpermitted, in the past year — nearly double the 3,285 reported for New York City for the same time frame. That’s despite the fact Chicago has the toughest gun-control laws in the nation, prohibiting sales within the city and, until the Supreme Court found it unconstitutional in 2010, banning handguns. 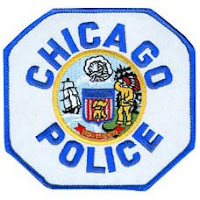 Chicago is battling a wave of gun-related violence that belies the claims of gun-control advocates — that tightened gun regulations stop crime. Chicago has a ban on assault weapons and on high-capacity magazines; Illinois is the only state in the nation without a public right-to-carry law for private citizens.


But on Tuesday a 15 yoa Girl from Chicago, Hadiya Pendleton life was taken while she was hanging out with a group friends at a park  just blocks away from their high school on the South Side.

Pendleton and a16-year-old boy wounded in the attack were shot in a park near the school about 2:20 p.m., in the 4500 block of South Oakenwald Avenue according to police reports. Most of those who were in the park were gang members, and those in the group did not stay on scene to help after the shootings, according to police.

The murder toll in Chicago for January now stands at 42, making it the most deadly start to the year in more than a decade — and the month isn’t over yet.

The last time there were that many January murders in Chicago — where President Barack Obama once worked as a community organizer and his former chief of staff Rahm Emanuel is now mayor — was in 2002, when 45 Chicagoans were murdered

Chicago Police Supt. Garry McCarthy tried to put a positive spin on the recent killing spree, pointing out to reporters that as of Friday afternoon, the murder rate was down nearly 30 percent for the month compared to last year. That was before a wave of new killings over the weekend.

The murder wave in Chicago points to the futility of strict gun control laws when bad elements usually obtain their weapons illegally, according to Former House Speaker Newt Gingrich.

What can be done or what will be done is much of the discussion facing both local, state and federally elected officials. But what is clear is that across America, young people are still dying and taking the guns out of the hands of law abiding Americans will not stop the wave of violence!
Email Post
Labels: 2013 brothers Chicago control death gun murder Teen violence youth
Location: Chicago, IL, USA