Many central Ohioans are insulated from the reality of gang violence. But although overall violent-crime rates are down nationally — thanks to a variety of factors, including better deterrent tools and an aging population — it’s important to remember that gangs remain a problem, and one that affects people in all areas of the 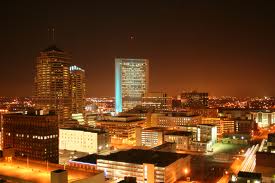 She stressed that gang activity can occur even in suburbs such as Pickerington and Grove City, and said street gangs pose such a threat that the FBI has labeled them “domestic terrorists.”

Read the remainder of the story here